Search
New
Zoom the image with the mouse 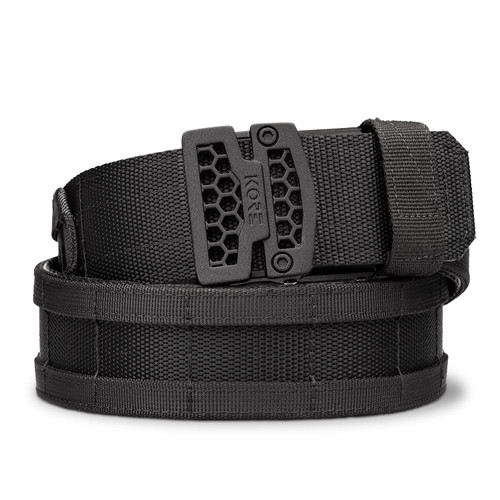 The KORE Battle Belt uses two belts. The first belt is an outer molle belt with quadruple stitched webbing that can support 500 lbs. This belt allows you to carry your guns and gear. The inner belt is a hex belt that passes through the belt loops and holds the outer belt. This battle belt will carry up to 20 lbs. of gear without sag.

The four inches of hex material on the hex belt provides strength and flexibility, allowing the belt to retract and expand. Additionally, the molle belt has 20 sizing positions set at ¼” increments. Together these two belts tighten and loosen in unison. These belts come 1.75” wide and can adjust between 24” and 48”.