Search
Zoom the image with the mouse 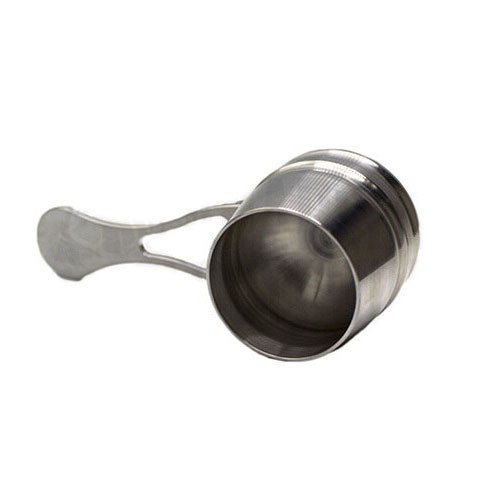 The team at Area 419 became frustrated with undersized, cheap-feeling powder cups. And as the Auto-Trickler system has became more popular with the addition of the Auto-Throw system, something was needed that would stand up to the task in both a form and function standpoint.

So, introducing the Area 419 Billet Powder Cup. Lathe spun from billet 6061 Aluminum and weighing in at just over 700 grains this cup has a water weight capacity of more than 750 grains and will allow you to throw nearly three full 50BMG loads into the cup at once.

Of course you aren’t going to triple-charge a 50 cal like an idiot, but the over-sized cup will contain powder and splash from dispensers that are dropping powder from above, provided you use them with some sort of flow-slowing device (like the straws that come in the Auto-Throw kit). Nothing short of about a 5″ cup can contain splash if you’re dropping from above with no restriction.

It can also function as a shot glass for you deplorables out there, but that’s not why we designed it.

Cup is roughly 2″ in diameter and 2″ tall. The handle sticks out about 3″.

Made in the USA